Recorded live in Rimini, Italy, at the 'After Radio' conference, 18 September 2000, during the Prix Italia competition.

Publicphono was recorded live as part of Prix Italia in Italy in 2000. The Prix Italia is the oldest and most prestigious international radio, television and web competition. It awards prizes for quality productions in the fields of drama (single plays and serials), documentaries (culture and current affairs), the "performing arts" (television) and music (radio). Among the innumerable personalities who, in the course of the years, have entered their works: writers like Jean Anouilh, Riccardo Bacchelli, Heinrich Böll, Bertholt Brecht, Italo Calvino, Jean Cocteau, Eduardo De Filippo, Marguerite Duras, Friedrich Dürrenmat, Umberto Eco, Max Frisch, John Osborne, Alain Robbe-Grillet, Françoise Sagan; directors such as David Attenborough, Ermanno Olmi, Sidney Pollack, Francesco Rosi, Roberto Rossellini, John Schlesinger, Andrej Wajda, Krzystof Zanussi. Among the winners are equally illustrious figures: Samuel Beckett, Ingmar Bergman, Peter Brook, René Clair, Federico Fellini, Werner Herzog, Peter Greenaway, Eugène Ionesco, Ken Loach, Harold Pinter, Dylan Thomas. For the 52nd edition a homage was paid to the medium with which it was born, a day dedicated entirely to the world of radio. 'After Radio' was the title of a conference offering a reflection on the changes brought about by the digital revolution and the Internet on the technology, the use and the professions that operate in the radio sector. Scanner was commissioned to create a live concert using the public speaker system on the sea front of Rimini, which was broadcast over 20 km of beach to anyone within reach of the sea. Event curated by Roberto Paci Dalo.This CD is the complete concert that was heard on 18 September 2000. Rockin' Robin - Live On The Radio 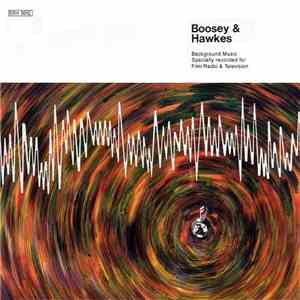